Medicaid History- A Presidential Perspective through 2022 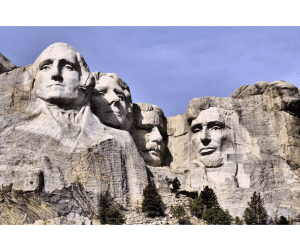 Medicaid is a public benefits program that provides assistance to nearly 70% of those who need long term care.  In Indiana, recipients are very fortunate to have a broad number of long term care services covered under the state Medicaid program, including home care, assisted living care, adult day care, and nursing home care.  While impoverishment is not required, a legal plan to protect assets is necessary.  The breadth of covered long term care services and the ability for individuals to protect assets while also obtaining Medicaid assistance is largely the result of a number of presidential administrations.

Even though the consummation of the Medicaid program was one of the components of President Lyndon Baines Johnson’s “Great Society,” the idea for such a program and the advocacy for implementing such program actually spanned over multiple presidential administrations prior to Johnson.

President Theodore Roosevelt is credited with being the first president to advocate for the passage of social insurance programs.  No legislation stemmed from his time in office as he favored such legislation coming from the states, rather than the federal government.

President Franklin D. Roosevelt was the first president that accomplished the passage of a social insurance program.  A major component of his “New Deal” included funds for aged individuals.  Congress passed the Social Security Act of 1935 which contained old-age insurance, unemployment compensation, and maternal and child health coverage.

President Harry S. Truman sought to continue Roosevelt’s legacy and “New Deal” programs and became the first president to propose national health insurance legislation.  While Congress opposed such a measure, it did pass the Social Security Amendments in 1950.  These amendments provided federal funds to states for vendor payments for medical care of poor, aged individuals called Old-Age Assistance.  This program served as the foundation for the Medicare and Medicaid systems leading President Lyndon Baines Johnson to refer to Truman as the “daddy of Medicare” when he signed legislation enacting the Medicare and Medicaid programs in 1965.

While no changes were made to the Medicaid program during the administration of President Dwight D. Eisenhower, President Eisenhower did oversee the passage of the disability insurance program which was a significant expansion of the Social Security program.  For the first time, individuals who could no longer work because of a disability could receive Social Security payments.

President Lyndon Baines Johnson signed the Social Security Amendments of 1965 into law on July 30, 1965.  The Amendments enacted Title XVIII (Medicare) and Title XIX of the Social Security Act.  Title XIX created the Medicaid program which initially provided health care services to those receiving welfare benefits:  low-income children without parental or guardian support and those who were elderly, blind, or disabled.

Following its original enactment, the agenda of a number of presidents has led to the expansion of the Medicaid program adding covered services and those covered by the program.  Through Medicaid expansion, those with assets have been able to also qualify for the program with appropriate planning.

The most significant expansion of Medicare occurred during the presidency of Richard M. Nixon.  President Nixon added those under 65 receiving Social Security disability insurance payments and individuals with end-stage renal disease (ESRD) to the Medicare program.  He also signed legislation that linked Medicaid eligibility for the elderly, blind and disabled residents to the newly enacted Supplemental Security Income (SSI) program.  Although discretionary, most states amended their Medicaid programs to link them to SSI (Indiana joined these states in 2014).

Although Congress repealed a significant portion of the Medicare Catastrophic Coverage Act of 1988 due to protests by higher-income seniors who did not want to pay for the new benefits, the Medicaid “spousal impoverishment rules” were kept in place.  President George H.W. Bush’s administration worked to expand Medicaid coverage of pregnant women and children and added a Medicaid prescription drug rebate program for low-income Medicare beneficiaries.

The next significant change to the Medicaid program occurred with the passage of the Omnibus Reconciliation Act of 1993 during the first years of the administration of President William J. Clinton.  While the Omnibus Reconciliation Act of 1993 curtailed some Medicaid planning opportunities that had opened up for the middle class elderly with the Medicare Catastrophic Coverage Act of 1988, it essentially recognized the ability for the middle class to plan for Medicaid long term care help within the confines of Medicaid rules.

President Clinton’s administration also completed the reorganization and combining of the administration of the Medicare and Medicaid systems under the Health Care Financing Administration that started during the Carter presidency.

President Bush also sought significant revisions to the Medicaid program.  He signed the Deficit Reduction Act of 2005 into law in 2006. While the emphasis of this law was to further limit how individuals protected assets through transfers and certain other financial transaction, it provided a number “safe harbors” to protect assets when Medicaid planning.

The Future of Medicaid

It remains to be seen what the next President will bring to the Medicaid program.  What is certain is the need the for long-term care will continue to increase as the Baby Boomer Generation ages.

Jeffery Stinson, a Certified Elder Law Attorney by the National Elder Law Foundation, has experienced many of these changes firsthand during his career.  If you or a loved one are in need of protecting assets from the cost of long term care, contact the Stinson Law Firm at info@stinsonlawfirm.com or 317-622-8181.